The coronavirus pandemic began suddenly and affected us all. Many people began to work and study from home. Restrictions were sometimes strict and changed how most people spent their leisure time. The pandemic also quickly sparked discussion around birth rates – would coronavirus cause an increase in “pandemic babies” or not?

As the first wave of coronavirus began in spring 2020, there was speculation that coronavirus would cause the number of births to decline as a result of a stagnating economy and general uncertainty in highly developed countries. On the other hand, more time spent at home plus a possible change in values caused by the pandemic could encourage people – at least couples in long-term relationships – to have children.

The monthly figures in the US and Europe decreased by 5 to 9 per cent from the previous year over three months at the turn of 2020–2021, but from March 2021, birth rates began to recover and return to their previous levels. In southern European countries, such as France and Spain, the number of births fell by up to one-fifth and has not yet returned to pre-pandemic levels. Meanwhile, in many northern European countries such as Germany, Denmark and the Netherlands, birth rates have increased.

In Finland, birth rates have been rising – the pandemic birth rate is a continuation of a pre-existing trend

Finland attracted particular interest at the conference, as many presentations noted how the country’s birth rate has risen exceptionally during the pandemic in comparison to other countries. However, it is important to note that the Finnish birth rate, which had been falling since 2010, ended its decline in the latter half of 2019, before the start of the pandemic.

The monthly figures for births in 2020 increased on average by 1.4 per cent and by 7.2 per cent between January and November 2021. In 2021, the number of births rose throughout the entire country, with Helsinki and Uusimaa seeing higher growth (9%) than other areas (3–6%). In 2020 and 2021, the number of births rose in all age groups except those under 25 years of age.

Results according to the number of children per mother shows that this is not a boom in firstborn children. Moreover, based on the number of applications for maternity grants as well as visits to the maternity clinics, the birth rate in Finland is set to remain stable in the near future, but is no longer expected to rise.

In many countries, the pandemic seemed to cause a short-term decrease in the birth rate, but no major changes took place (in the numbers of conceptions) during the second wave. In Finland, we cannot rule out the possibility that the pandemic contributed to a rise in birth rates, especially as birth rates rose the most in Uusimaa, where coronavirus case numbers were the highest and restrictions were most stringent. The increase in the birth rate during the first waves was however at least partly a continuation of a pre-existing trend of recovery from a record low birth rate.

More detailed information will be available later on. As a result of the pandemic, the Max Planck Institute began to publish data on monthly births. In addition to statistics and population data, surveys and interview studies are also required in order to further ascertain the causes and effects of coronavirus on birth rates.

This blog post has been first published in Finnish in the THL Blog. 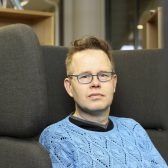 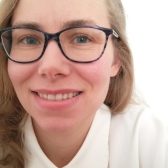